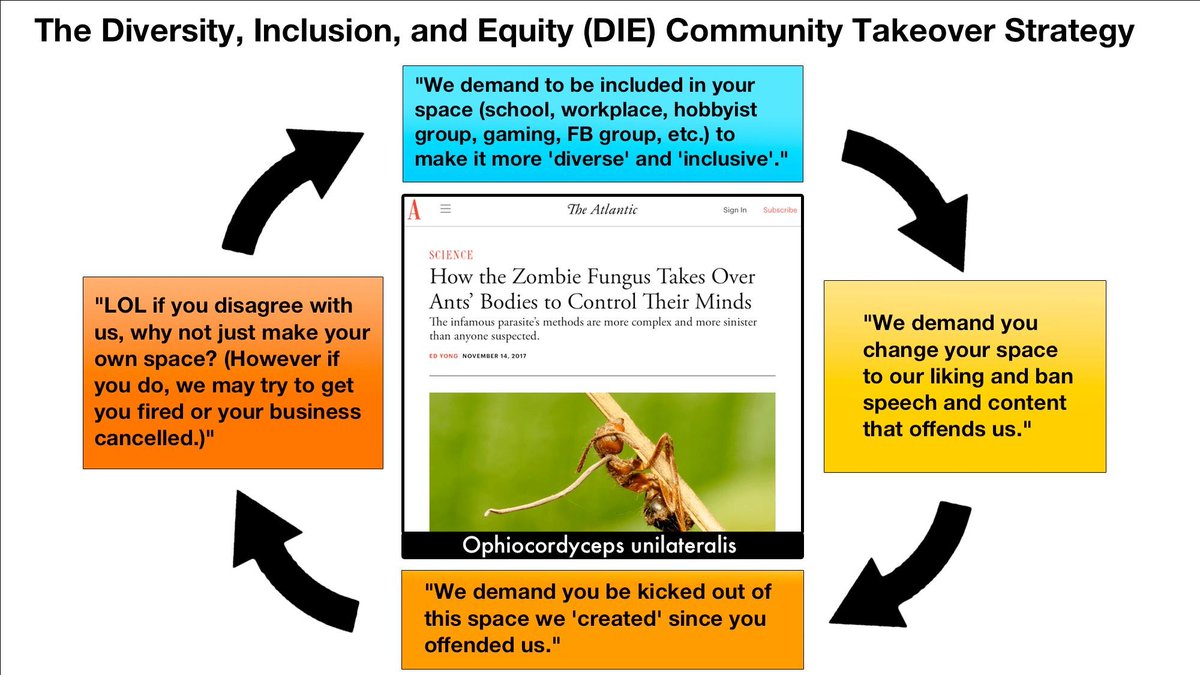 Proponents of Wokeism have been proselytizing (see also Woke Inveigling) many unsuspecting organizations (many of whom, with exceptions, yield to their demands) adopting a number of covert tactics. See this Twitter thread for an example of how it works in education.

There is a line of demarcation when it came to employees who were hired before 2016 and employees who were hired around 2017 [Trump election]. [..] I think there is a lot of Sheldon’s who just want to be engineers; they just want to open source everything, … and now you have a different type of employees who are working there, and they are actively turning the organization to political change, to preventing “harm” and “Misinformation”. — Kara Frederick, former Facebook employee. source

Or for a conspiratorial summary,

This is overtly political and has nothing to do with being “nice” or “empathetic”. The corporations have inadvertently made an arrangement with critical theory leftists to transform society into a capitalist monopoly on top, and socialism on the bottom. That’s the deal.

It’s been dubbed “Woke Capitalism” (https://www.youtube.com/watch?v=Vog7Wn1WGRM), where the managerial class has reached a compromise in which they get to keep and - through being appointed as stewards of the political movement - gain power, while activists of the movement get the transformation they demand.

This particular warning in Google Docs is just that. It’s Google managing the changes in society that certain activists want, in order to maintain corporate power. Changes like this will keep being added (as we should know by now) while our social structures change into something comparable to a social credit system. These changes are promoted by manufactured social pressures and financial incentives from large investment banks and so are implemented by any company that wishes to grow while under public scrutiny.

Discussions about this have been like groundhog day since 2015, no one seems to be able to get past the surface level of what is probably the greatest transformation of any society since the 1930’s, and it’s astonishing. It’s a gradual escalation of demands from woke activists, backed by the behemoth corporations and banks, then adopted by governments.

For anyone who wants to help others, or to resolve injustices in our society, having true empathy for the plight of those oppressed and wanting to solve social problems: you know this is bullshit. Even for the activists this isn’t about actually helping anyone, it’s about pushing us into accepting a shuffling of hierarchies, of which they didn’t bother to iron out the injustices. https://news.ycombinator.com/item?id=31090216